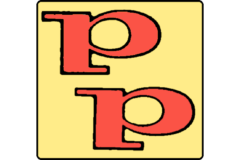 Readers have shown interest in learning the History of AC Comics and feel that it should include a discussion of Paragon Publications. Bill Black started Paragon in 1969 and, after more than a decade of publishing, that entity morphed into AC Comics. In this entry, Black takes an introspective look at why he became an artist in the first place. He started collecting comics at the early age of six in 1949 but his life was upended when his family relocated to Florida in 1951. Suddenly cut off from access to comic books, television, and movies, he started drawing in an effort to recapture memories of what he had lost. BEGINNING Part 1 examines the very early years including the illustration of home-grown comics that would lead someday to the creation of Paragon Publications.